Updates from Kenya: SOLIDARITY INITIATIVE "WITH RICE WE GIVE A SMILE"

Here is the first photographic report of the activities that were carried out in Tumaini Children's Home in Nanyuki, County of Laikipia, in the Rift Valley Region thanks to all the people who had pleasure in buying our I Chicchi d'Angelo rice.

So, first of all, THANK YOU ALL FROM THE BOTTOM OF MY HEART, siete stati tantissimi!

Maria Grazia Munzittu, director of Nanyuki's Tumaini Children’s Home, in this beautiful letter tells us what they have managed to do so far:
"Dear Ferrari family,

through the collaborator of the OSVIC Dr. Paola Gaidano, who has personally dealt with the Sardinia Campaign for Kenya, I come to you to give you some news on the work done here in Kenya following the Campaign promoted by OSVIC in collaboration and partnership with Ferraris.
Along with this update, I am also sending photos and a short video made at our charitable institution Tumaini Children’s Home in Nanyuki, Laikipia County, in the Rift Valley Region. The quality of the images and of the video itself are not as good as one would expect, but these are the amateur means we have available and with which we work. I apologize for this, but I am sure of your understanding.

In this long period of pandemic and consequent lockdown, which began in this nation in March 2020, we have had to face many difficulties, restrictions, transitions and changes of direction, but in any case the spirit that moves us is naturally that of challenging the unexpected, the events, to dare beyond what is possible, because we cannot bend in the face of adversity, but as Seneca said very wisely, Those who know how to fight standing up can fight even on their knees.
This was true for us in Tumaini, and it was also true for this Kenyan people, who, even to me personally, teach a lot. It teaches resistance and resilience, together with the solidarity that these people, every day, put into practice, where the poor are united by the same destiny, but also by the same ideals of redemption, success, perseverance and great dreams of good, never isolated from sacrifice and from bearing one another's burdens. Here the watchword is to move forward despite everything, looking to the future without looking back, because the hard weight would only be useless ballast for the journey towards new horizons and perspectives.

So far I have wanted to express the mood of the people who inhabit this land, always aware that "Together we stand, alone we fall". And with this awareness I want to reach you, who have collaborated, together with our OSVIC Association, in the Sardinia Campaign for Kenya, demonstrating that, together we can do a lot, we can build strong bridges that connect not only the hands but also the Continents and the forces deployed. Entrepreneurs who know how to marry with solidarity, and at the same time join their broad arms to give smiles, as you said with the OSVIC in the initiative "With rice we give a smile", through the purchase of I Chicchi d'Angelo from your family, who have received appreciation and satisfaction from consumers.

I took a look at your site, at the Rice that you put on the market, and I was struck by their superb appearance and the names of the beans, combined with different colors and as many mythological names, perhaps to say that this was the food of the of the. Unfortunately, I was not able to be present at the press conference on 4 December last for the presentation of the proposal, but from the results, I understood that the idea was welcomed, turning it into a beneficial action.

With your generous support, and that of numerous people who contributed to the Campaign, which aimed to support Agriculture and the right to water, we have carried out important actions in our Casa Tumaini, giving priority to interventions deemed necessary in this semi-dry period December-March, which is the longest dry period of the year.
We have created drip irrigation systems in the Tumaini field, in particular within the two greenhouses and the plots of land behind them, but also in the orchard that runs alongside the greenhouses. Plants that existed in the past but which were then destroyed by the sun and bad weather.
To this action, there is also the difficult one of the water connection between the mother tank of the water present outside the children's kitchen and the taps placed ad hoc in a peripheral part of the field, where there are no drip systems. and where the soil is even harder to move (black cotton soil). This part of the land is usually given in use to some particularly vulnerable family who shares part of the harvest with us, but the costs of water, seeds, fertilizers, tools are entirely borne by us.
Through the drip systems, the water connections that required the extension of underground pipes, and the taps positioned in the field, it was possible to plant much more and also to harvest in the most critical season of the year, from which we are coming out. In our fields and greenhouses we have grown beets, carrots, cabbage, courgettes, tomatoes and esukumawiki, the typical vegetable of East Africa, which accompanies the daily dish of Kenyans, that is ugali, a sort of polenta-cake made of corn flour .
Sukumawiki (in English colewort and not kale) is a vegetable that has been known for two thousand years and that the ancient Greeks cultivated. It is a resource of vitamins and minerals. Above all a lot of Vitamin A and Betacarotene, as well as vitamins of the B complex and minerals such as Calcium, Iron and a lot of Manganese. The sukuma has fully entered the homes of all, a little less among the nomads of the local tribes.
Through your contribution we have also supported other beneficiary families, many of which are victims of HIV / AIDS or of the loss of even informal jobs. Other Children's Homes like ours, which however do not have a field or arable land, and therefore cannot make use of fresh vegetables, have been reached by us, especially in this time of pandemic, where prices have risen exponentially and feeding so many mouths is also an undertaking.

This is what we have been able to carry out, in our small way, because we believe that great things are done by themselves. Our gratitude and our blessings all reach you, together with the heartfelt wish for your activities and all the beauty and goodness that you want to achieve with your life commitment.

From all of us a warm hug with the Kenyan sun.

Maria Grazia Munzittu & Tumaini Family. "
We sincerely thank the person in charge in Kenya Maria Grazia Munzittu for the beautiful words and for this very important testimony.
Paola Gaidano and Osvic all for having involved us in this solidarity project, being able to help makes us happy and proud.
Of course we thank all the people who have collaborated with us to contribute to this beautiful project of connection between communities and territories.
In Kenya i lavori non finiscono mai, e se volete contribuire in qualsiasi momento, potete entrare nella pagina dedicata all’interno del sito della Osvic http://www.osvic.it/come-sostenerci e fare la vostra donazione.
A presto dal Kenya!

The solidarity and co-development initiative "With Rice we give a smile" by OSVIC and Riso I Ferrari was born from a great desire: to connect realities and territories.
The international voluntary association OSVIC (www.osvic.it) which has been committed since 1981 in the field of international solidarity and the right to food, joins forces with Riso I Ferrari, a company that has been producing rice for more than fifty years , one of the major rice-growing operators in Sardinia who chooses a quality production strongly believing in the importance of environmental sustainability.
Connect is the key word.
Connecting the local entrepreneurial world of production and the non-profit sector; projects on the territory with international projects.
Connect the territory of Sardinia with that of Kenya, since the initiative "With Rice we donate a smile" supports a "Sardinia for Kenya" project on food security and sovereignty in Kenya, aimed at the population of the Laikipia district, affected by Covid 19 pandemic, providing healthy and nutritious food, restoration and water supply systems and tools for agriculture.
Kenya is experiencing endemic problems today aggravated by the Covid emergency. Inequalities are rampant. Healthcare, for example, does not guarantee basic rights: doctors denounce the increase in teenage pregnancies, female genital mutilation and domestic violence due to the lockdown. She returned to give birth without assistance. The Covid emergency has also affected chronic diseases because patients are afraid of entering hospitals to seek treatment.
The right to health is connected to the right to healthy food and clean water but also from this point of view the situation is dramatic: malnutrition has increased because the people of the slums cannot go out to work. Access to drinking water is limited.
Being there, today more than ever, is important.
With the initiative "With rice we donate a smile", the rice packs "I Chicchi d'Angelo" by Riso I Ferrari become a means of communication to convey the initiative of OSVIC / I Ferrari and a tool for launching the harvesting campaign funds that will go to support the right to water and healthy, quality and local food. 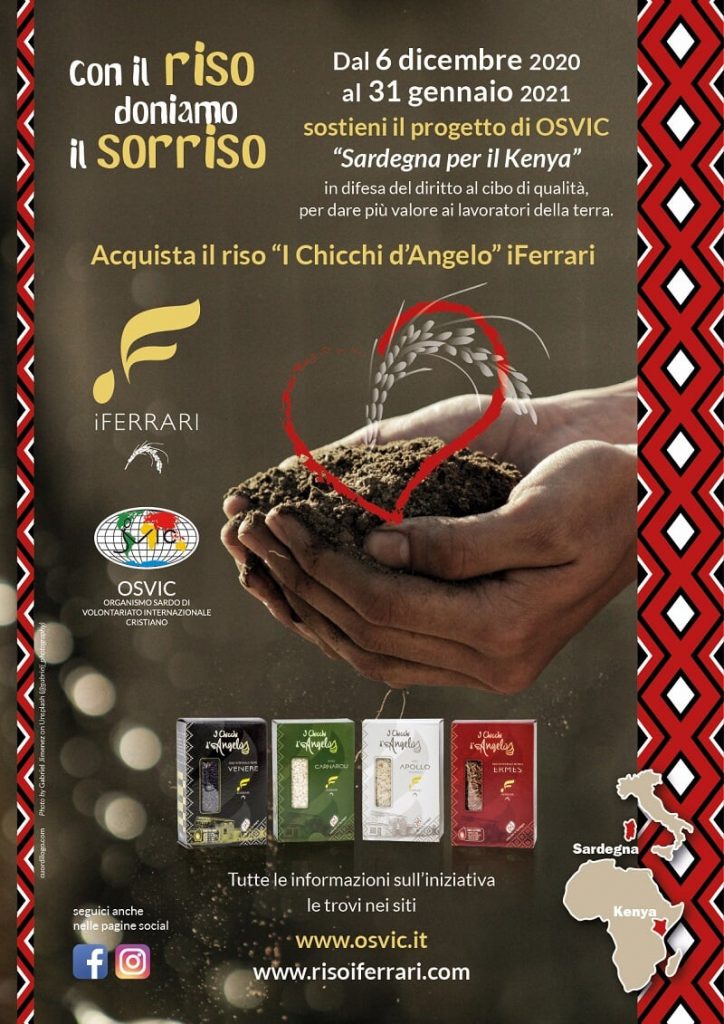 With the restoration and installation of water supply systems to support agricultural production in communities and villages, groups, schools in very poor and needy areas.
The project foresees n. 24 Restored water supply systems and new systems installed to support agricultural production.
n. 4 disused water systems restored in communities or villages;
n. 2 new wells built in communities or villages;
n. 10 water tanks installed in schools or communities;
n. 4 connections of water systems to public water;
n. 2 drip systems built in the field of the "Tumaini" Children's Home Center;
n. 2 solar panel interventions carried out at the Hygiene and Kitchen Center.
With interventions in support of community or family gardens with the strengthening of infrastructures and agricultural equipment to enhance the production of local farmers and in particular school gardens.
The project foresees n. 44 Interventions in support of community or family gardens realized.
n. 4 greenhouses installed in schools;
n. 39 family and community gardens supported with agricultural kits

The initiative will be active from 6 December 2020 to 31 January 2021.
Buy I Ferrari I Chicchi d’Angelo di Riso rice in the best supermarkets and specialized shops in Sardinia (send a message to find out which point of sale is closest to you) and online ( Riso I Ferrari | Riso Oristano Sardegna ) e aiuta Riso I Ferrari a sostenere il progetto OSVIC “Sardegna per il Kenya” in difesa del diritto al cibo di qualità, per dare più valore ai lavoratori della terra. 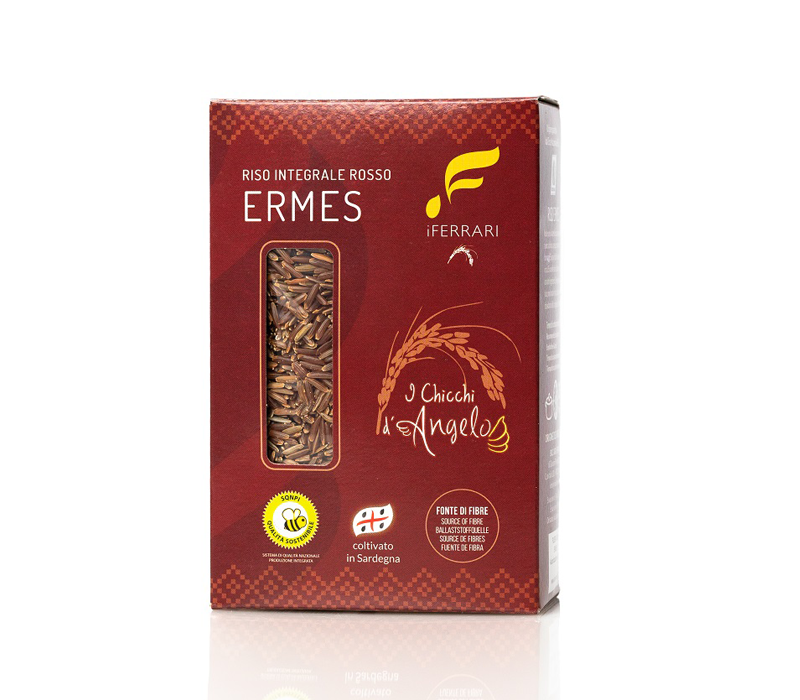 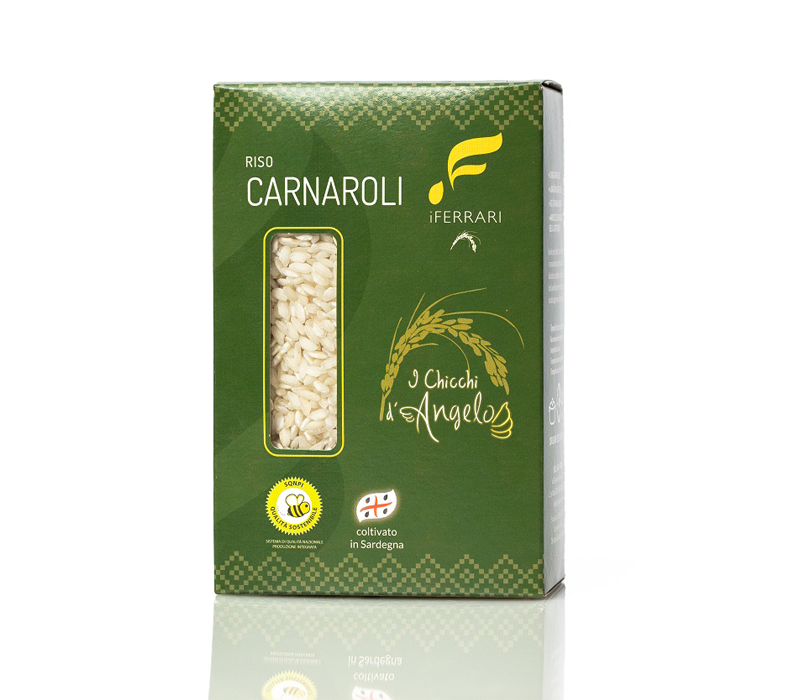 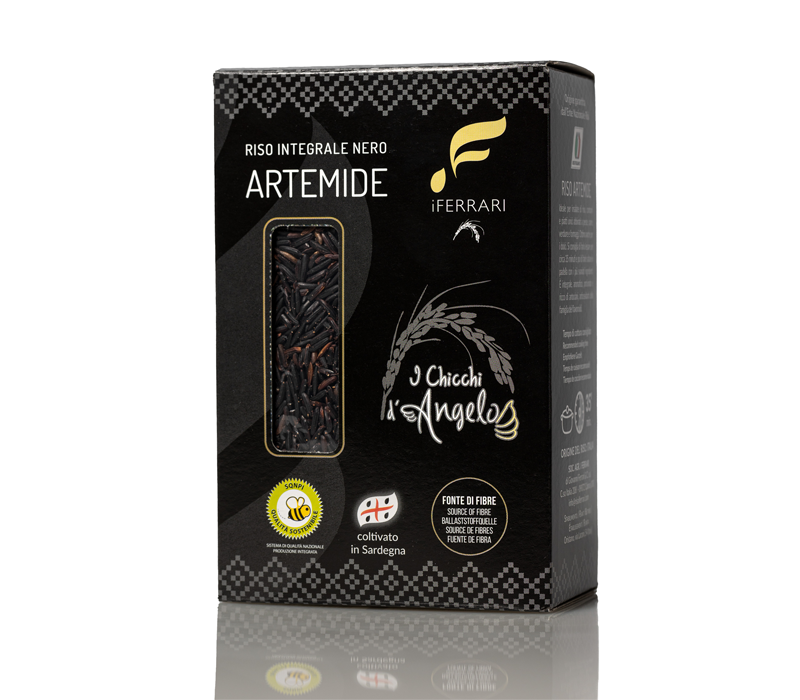 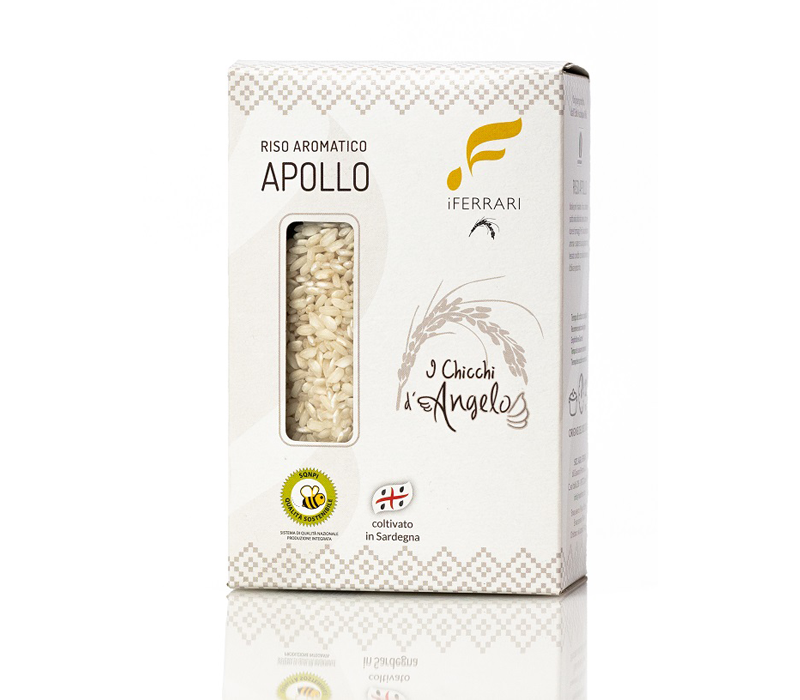 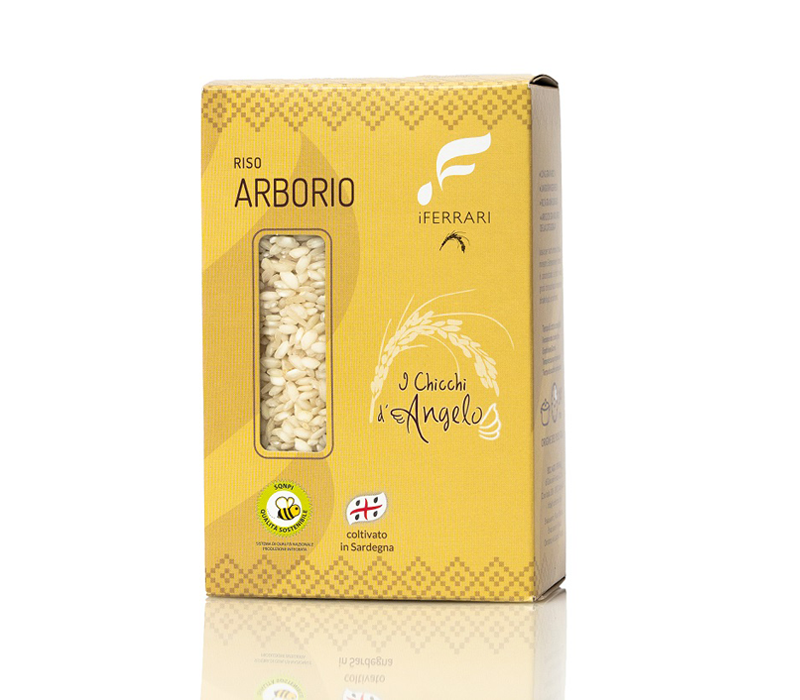 Request a quote without obligation, contact us or chat with us on whatsapp.